December 8th, 1981 was a Tuesday. It was a clear and dry day, a bit windy, but overall fairly warm for the season in Whitwell, Tenn, a small coal-mining town nestled between the foothills of the Appalachian mountains bordered by the “big city” of Chattanooga to the east and snugged-up against the Cumberland Plateau right in the backyard yard to the West. Thanksgiving was past and the Christmas season was in full-swing that day with kids in school and residents going about their day-to-day lives.

Folks were doing their grocery shopping at Pickett’s or Smith’s Grocery, pumping gas at Castle’s, while Jim and Edward Hooper were no doubt busy filling prescriptions at Hooper’s Drug Store, and I’m sure at all of these places including James “Stoogey” Van Hooser’s barbershop you were hearing talk about the upcoming Tennessee Vols game against Wisconsin in the Garden State Bowl, under the coaching of Johnny Majors, that was set to take place at Giants Stadium in New Jersey the following Sunday. Yep, it was a pretty typical day until the smallest spark set forth by a cigarette lighter happened deep below Whitwell Mountain in a mineshaft about Noon and led to the thunderous explosion that forever changed things in the small town.

“There were no survivors…”  – William B. Allison, President of Tennessee Consolidated Coal Co.

It was one of several coal mining accidents to happen that year in the south. 24 had died just in the week prior due to various accidents and collapses around coal country, but this was at home…in our community… These were the husbands, sons, grandfathers, uncles, cousins, brothers, friends and members of our community.

It changed the lives of the families of the 13 men that were lost in the Grundy Mining Company / Tennessee Consolidated Coal’s #21 mine tragedy that day along with changes to the communities in and around Whitwell in the years that followed and slowly led to even more changes in our small rural valley as a whole.

Over the past 36 years, Marion County has changed a good bit. We’ve seen growth in our communities both economically and in population, despite the news of an up-and-down economy on the national level. There have been so many changes that have taken place in our world since 1981 that it really looks like a different place worldwide. We’re connected to the internet, we’re connected by smartphones, our cars are smart, we stream music and movies, and even this very article — you’re reading it online…from an online newspaper! Who saw that coming in 1981? We’ve seen advances in medicine, safety, and so many other things these past 36 years and for many of us, we’ve watched all this from our vantage point right here in the heart of the Sequatchie Valley.

Yes, much change has taken place as our local industries have shifted over the years from the coal mining industry that built our small communities to newer or changing industries such as the continuing expansion of product manufacturing taking place at Lodge in South Pittsburg — going beyond the cast iron we’ve all known for so long to new and improved products sold worldwide. Or there’s the manufacture of Prologue fire logs —  a carbon neutral, convenient and virtually smoke-free manufactured right here in the valley in Whitwell.  While New Hope’s Colonial Chemical works daily to bring advancements in the personal care, household, industrial, and vehicle care markets with various products. Other local industries and manufacturers like Jasper Materials, Shaw, Tennessee Galvanizing, US Stove Company, Ply Gem, Valmont, Primex and others have taken over local job market for the blue collar worker where once they were found deep in the mines dotting the landscape of the Cumberland Plateau to bring out the much sought after coal needed to build those industries and power a growing nation.

The one thing that hasn’t changed is our community’s sense of community, compassion, and remembering our past. How we reach out to those around us that are suffering or in need hasn’t changed so dramatically since 1981 because we do seem to live in a genuinely caring community. That December day in 1981 was the day so many coal miner’s wives feared most — the day an accident would undoubtedly happen. It was dangerous work in the mines, but it was an honest day’s work and the pay was generally enough to support a family, even if only barely. Despite the known dangers and occupational hazards that existed with the job, many a man and their fathers and grandfathers before them chiseled, drilled, and made their ways deep into the honeycomb of mines in the Tennessee mountains every day to make their living and they did it with pride…and when tragedy did happen our communities in Marion County answered with all the help they could from offers of food for families and other needs from folks in South Pittsburg, Kimball and Jasper to help offered from people in another coal mining town just North of us across the county line in Dunlap. People were willing to show their support and do what they could do to help.

That December day changed a lot of things locally and nationally. According to William B. Allison, president of the Tennessee Consolidated Coal Company which operated the mine under the subsidiary of Grundy Mining Company, said the worst accident in the company’s history. Emergency crews with air tanks worked for hours to reach those who’d been working in the mine only to find 13 men of the 30 who were in the mine when the explosion happened had perished. As family members, friends, and fellow miners began to gather outside of the company’s offices cries could be heard as the news was given to those about the ill fate of their loved ones and friends.

If you’ve never heard Confederate Railroad’s Danny Shirley sing “Whitwell Mine” — a song he wrote and released as a solo artist about the tragedy that happened that day, you should. It’s a very touching tribute to the 13 men we lost. Chances are the song will give a chill to your core, especially if you’re in any way connected to the tragedy. Whitwell native and musician Davey Smith also does a bit more ‘rocking’, yet serious heartfelt song about the mine with his band The Pearl Snap Preachers — “Whitwell Mine 21” — both songs show the lasting effect this tragedy had on people in the community.

The United States Department of Labor later accused Tennessee Consolidated Coal and Grundy Mining Company of failure to evacuate workers from a methane-laden shaft and to adequately ventilate the shaft, and failure to enforce federal regulations prohibiting smoking in mines.

It was the beginning of the end of mining in the valley at this point. It remained as a significant industry in the Whitwell area until 1996 when the mines went bankrupt and the jobs went away. By the time I was coming up as a teenager in Whitwell the jobs were gone, the coal trucks had quit running, and the Whitwell area was changing. First with a slow fade as it seemed the old downtown had just…died. The heart and soul of the town were different with coal mining going away, but with time things got better, Whitwell grew and evolved and has been doing so ever since. Men like J.T. Shadrick, Harry Joe Hooper, Harvey Merritt, Frank Atterton, Dennis Brandon, and so many others handed-down stories of these men and the history of Whitwell’s coal mining past. The children and grandchildren of these men are now able to look back with a fondness for what their ancestors once did to make a buck. The memories, however, continue to live on and the celebration of the lives of those 13 men who died and all coal miners continue to be celebrated by the Marion County Coal Miner’s Museum at Whitwell.

The museum documents the history of coal mining in the United States, with special emphasis on the mines in Whitwell and Marion County. It’s open weekdays from 8am-4pm CST and Saturday from 8am-Noon CST. There is no charge to visit, but donations are always welcome. The museum is located at 900A Main Street in Whitwell at the former library location and can be contacted at (423)658-6868. More info is available online at www.CoalMinersMuseum.com or on their Facebook Page.

J.T. Shadrick, one of the museum founders and a former coal miner was one of the first men to go back into the mine after the explosion that happened that day. While he’ll tell you what he remembers of the tragic events that day, he’s likely to well-up with a few tears and choke-up a bit while speaking. These were men that Shadrick knew…some for many years. But Shadrick speaks with pride about our region’s rich heritage and the memory of these 13 men and all others who went way below the Earth to do their job in the mines. History definitely lives on despite the loss in Whitwell at the Marion County Coal Miner’s Museum, and hopefully, you’ll visit soon to hear more about the stories of these men.

Today we’ve taken a moment to pause and remember those who our community lost 36 years ago in one of the worst mining accidents in Tennessee history. May they continue to rest in peace and may we never forget them or their legacies and our deep-rooted history, even if it’s through the tragedy that brought such sorrow to our community on a mild December day.

Earlier this year, news of a documentary about the Mine 21 disaster was announced and has recently been screened across the region.

The short documentary, “Mine 21,” follows a young woman’s search for answers about the tragedy, which took the life of her grandfather — one of the 13 who died that day. On her search, she discovers that her grandmother’s heroic fight for justice helped save lives.

“Mine 21” produced by Sewanee University classics professor Chris McDonough, directed by videographer and Sewanee alum Stephen Garrett, and unveiled through the eyes of two of the university’s current students, Kelsey Arbuckle and Alexa Fults, whose pasts are intimately linked to the mines.

Mine 21 Trailer from EmpyreanMedia on Vimeo.

The documentary was premiered as a free screening at Monteagle Elementary School on October 24th, with other free screenings following at the Sewanee Union Theatre and recently at Whitwell Middle School on November 13th.

Additional screening dates have not been announced at this time or a release or available digital download, but more information can be found at Mine21.com, including contact information for the producers. 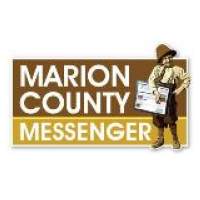 Logan Carmichael is a longtime local radio personality, now heard weekdays on WFLI 1070 AM and 97.7 FM. A native of Whitwell, he started his career as a 'tween' at South Pittsburg's WEPG before moving to the FM airwaves in Chattanooga. A self-proclaimed news junkie and history buff; he eats, sleeps, and breathes all things current events and preserving history through news and photographs. Carmichael, who co-founded MarionCountyMessenger.com in December 2010 to serve the Marion County area with breaking news, weather, and information continues to serve as Publisher of the online news site and often as a contributing author or reporter for certain events or articles.

Permanent link to this article: https://marioncountymessenger.com/2017/12/36-years-later-look-whitwell-mine-21-tragedy-dec-8-1981/